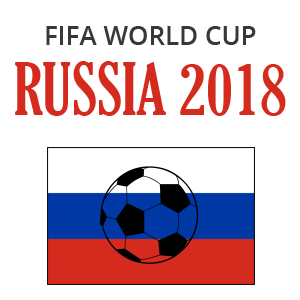 When will the 2018 World Cup take place

The 2018 FIFA World Cup will be held in Russia from June 14 to July 15. A total of 64 soccer matches will be played in 11 venues (in 12 stadiums as Moscow hosts two stadiums) throughout the tournament.

32 national teams have qualified in advance for the 2018 FIFA World Cup finals.

Kick-off times: At what time do the teams play?

First things first: both the opening match and final will be at 18:00 UTC+3 (Moscow Time).

All matches except for three will be playing in the Europe/Moscow: UTC+3 time zone.

Venue: Where will the 2018 World Cup take place?

On December 2 2010, Russia was announced as host of the 2018 FIFA World Cup in Zurich. In addition to Spain and Portugal (as joint organizers), the Netherlands and Belgium (also together) England was one of the candidates against which Russia prevailed.

Current time of the time zones

The World Cup matches take place in a total of four time zones. Below is an overview of the respective local time in the time zone for the venues.

The first World Cup was held in Uruguay in 1930.